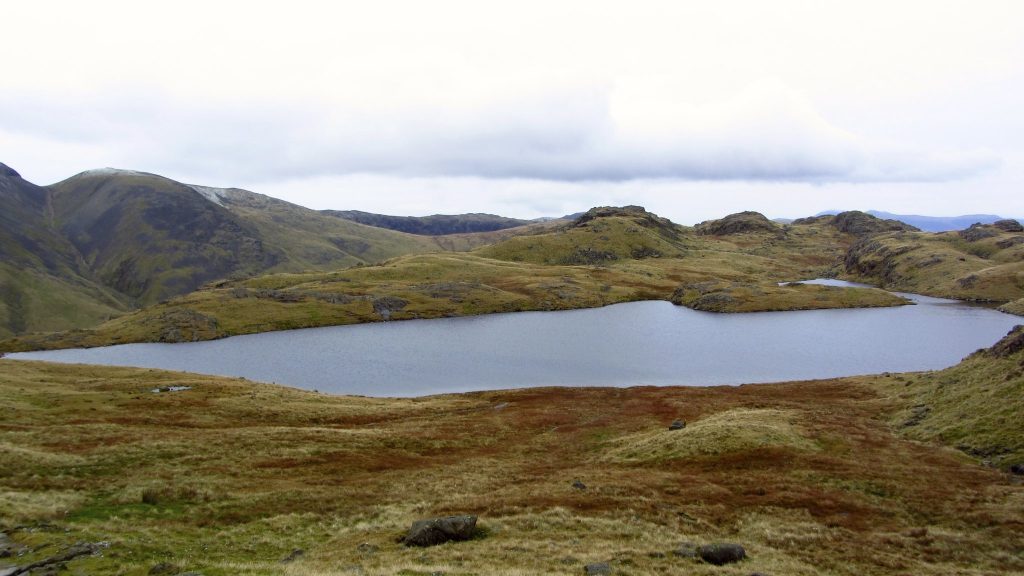 Sprinkling Tarn on a gray autumn afternoon By Peer Lawther

Seathwaite Tarn, which is the third largest tarn in the Lake District, covers an area of 66 acres and lies at 1200ft on the west facing slopes of the Coniston Fells overlooking the Duddon Valley and just north of the village of Seathwaite which lies within the parish of Dunnerdale with Seathwaite in Cumbria. Seathwaite Tarn was dammed in 1904 to create a reservoir for drinking water for the expanding town of Barrow in Furness.

The Barrow Corporation brought in the navvies to build the dam. Unfortunately, they rioted at the Newfield Inn and sadly one man was shot dead. Many local buildings, including the church, were damaged and had their windows broken.

Griffith Fellows, author of “The Waterfalls of England”, wrote: “One reason for going to the pub: You may have several reasons to visit the Newfield Inn at Seathwaite. One would be to see the unusual stone floor in the bar. This is composed of large flags of striped ‘slate’ formed from fine volcanic ash, which settled in still water to form the attractive stone we see today.” However, the other reason would be that permission to fish is required from the Newfield Inn.